An old friend of OOTS…

Whilst writing the programme notes for the last concert to contain a commission written for OOTS’ 21st Anniversary season – Viola and Double-Bass Take Centre Stage! – I had a brief email conversation with composer Julian Philips: who has produced an immensely beautiful work, Ballades Concertantes, for solo viola, double-bass and chamber orchestra, as a companion piece to Carl Ditters von Dittersdorf’s Sinfonia Concertante for Double-Bass and Viola. 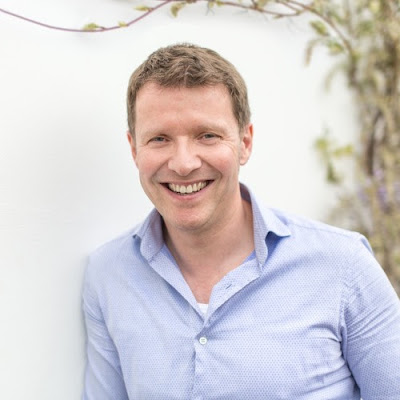 The words which follow are all Julian’s; the musical excerpts are the first lines of each of the four Machaut Ballades that inspired him.

Ballades Concertantes developed out of an engagement with two different historical traditions – the late-fourteenth-century Ballade of Guillaume de Machaut, and the later eighteenth-century sinfonia concertante, as developed by Haydn, Mozart or Dittersdorf. Machaut, because my recent opera The Tale of Januarie – based on Chaucer’s The Merchant’s Tale – had engaged with late medieval music; and the music of Machaut – who was the great figure of his day, and very much known to Chaucer – was still in the air. The sinfonia concertante, because David and the orchestra were keen to celebrate their twenty-first anniversary by reviving a form which gives solo spots to individual orchestral players. In this case, the viola and double-bass.

The piece thus presents four creative transcriptions of Machaut Ballades filtered through both my own imagination and the formal premise of the sinfonia concertante. From the sinfonia concertante comes an orchestral texture in which the solo viola and double-bass are embedded; and also the four-movement sinfonia design, with a scherzo (movement 2), slow movement (movement 3), and almost a rondo finale. From the Machaut comes not only a particular sensibility about modal harmony, but also some of the plangent lyricism that fills his Ballades – which were, after all, songs of courtly love and amorous desire.

All four movements preserve the formal shape of the Machaut Ballades – two sections, the first repeated, the second longer, with certain phrases recurring like refrains. Movements 1 and 3 enrich, embellish and transform their Ballade sources, preserving their design quite closely. Movements 2 and 4 are a little freer – the second movement’s Ballade, Je ne cuit pas, is an unusual canon (or Chasse), and this is plundered for scraps of motivic material, which are developed in fragments.

There are moments where the original Machaut Ballades appear as from behind a curtain – most poetically I guess in movement 3: where I kept his beautiful cadential patterns. In movement 2, we do get a complete statement of the original Ballade melody – albeit magnified in my own canon: which is exploded across perfect fifths. But this movement retains the most explicit link to the original. Movement 4 celebrates the beautiful melody of Machaut’s Dame, se vous m’estes lonteinne, with paraphrases first for double-bass and then for viola: which are then combined with a complete statement of the original melody ringing out in the horns at the end.

Ballades Concertantes is dedicated to my friend and colleague, the composer and conductor James Weeks: as a ‘thank-you present’ for his time at Guildhall (he is soon moving to Durham University). James is a great enthusiast for new music and for ancient music: and so the piece is very much a tribute.

Our Most Popular Posts